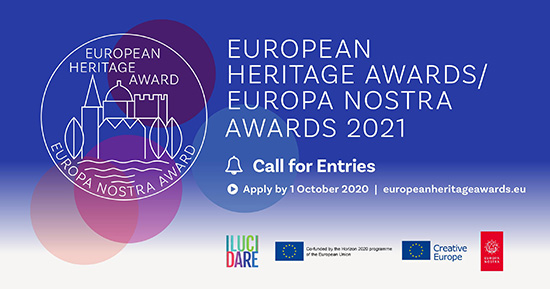 The deadline for submissions is 1 October 2020.

You can watch the video about the awards here.

Europa Nostra will also host a webinar about preparing a successful application which will take place on Thursday, 9 July. Registration for the webinar is via this link.